So the current economic model is growth-based, hence unsustainable, and consequently in need of revision. But why push the revisions to the opposite extreme? Why not stop at a halfway point such as the green economy? Why go to all the way to an ecological economics model? Wouldn't that throw out the baby with the bathwater? Can we not compromise? R. Costanza, in the 2013 State of the World Report, p. 127, explains the different roles of government: in the current economic system,


government intervention [is] to be minimized and replaced with private and market institutions;

in a green economy, there is


recognition of the need for government intervention to internalize natural capital;

and in ecological economics,


government plays a central role, including new functions as referee, facilitator, and broker in a new suite of common-asset institutions.

So a green economy is still capitalism, but with less freedom and more regulation than before, whereas an ecological economy, by the Costanza et al. definition, is a post-capitalistic model. It's a type of planned economy, a centralized system with a tightly regulated market and a state whose priorities are those of sustainable democratic socialism. In Naomi Klein's words (the title of chapter 4 of her 2014 This Changes Everything: Capitalism vs. the Climate): "planning and banning--slapping the invisible hand."

That sounds like old-style communism, but there's a simple difference. The planned economies of real existing socialism in the past century were growth-based economies, just like their capitalistic counterparts. In both capitalism and communism, growth was a structural feature; in capitalism, it's a byproduct of market dynamics, and in communism, it was built into the five-year plans geared towards productivity enhancements. By contrast, the ecological economics model is something new: it's a steady-state economy, geared to maintain stability without the need for growth.

By the same token, this distinguishes ecological economics from the 21st century version of communist economics, China's current economic system, which Americans call 'state capitalism,' but which is technically speaking Leninist economics. Deng Xiao-Ping, China's leader and the creator of this economic system after Mao's death, was schooled in Moscow during Lenin's New Economic Policy era. The New Economic Policy (NEP) from 1918 to 1924 was a blend of government dictates and market opportunities. This was quite unlike the later Stalinist collectivization that became the standard of a planned economy in the USSR and in the PRChina under Mao. However, the Leninist design of China's present-day state capitalism remains a growth-based economy. Ecological economics is in a different category.

Here's a visual primer on ecological economics vis-a-vis the green economy and the current capitalistic economy, from Constanza's Report to the United Nations for the 2012 Rio+20 Conference on Building a Sustainable and Desirable Economy-in-Society-in-Nature. 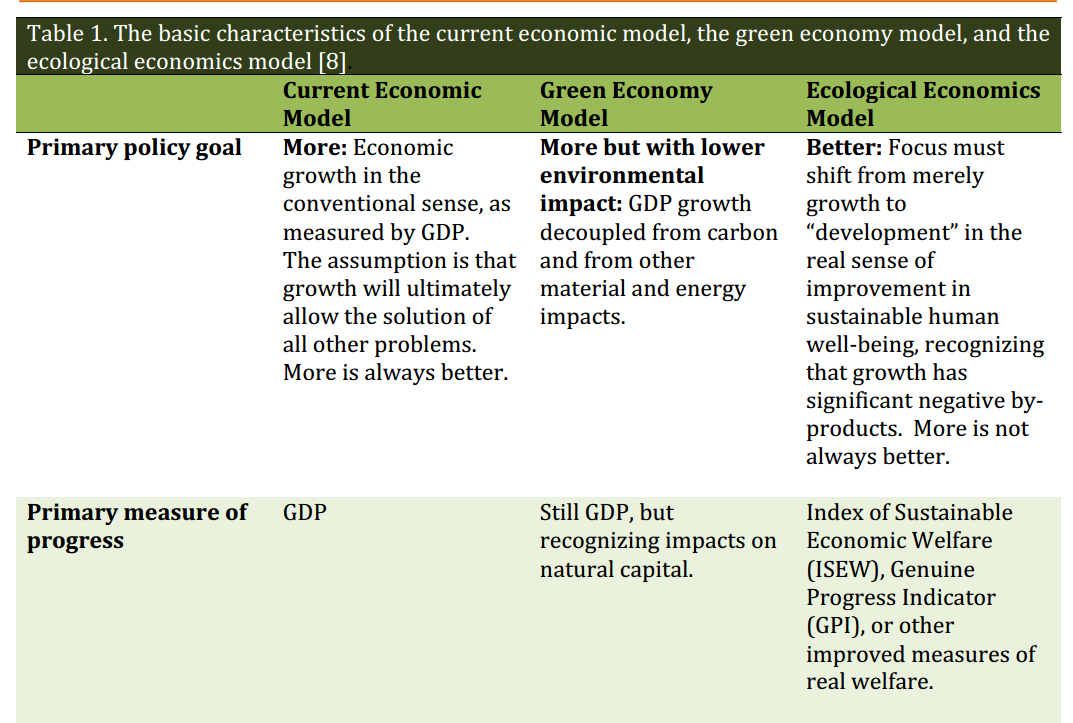 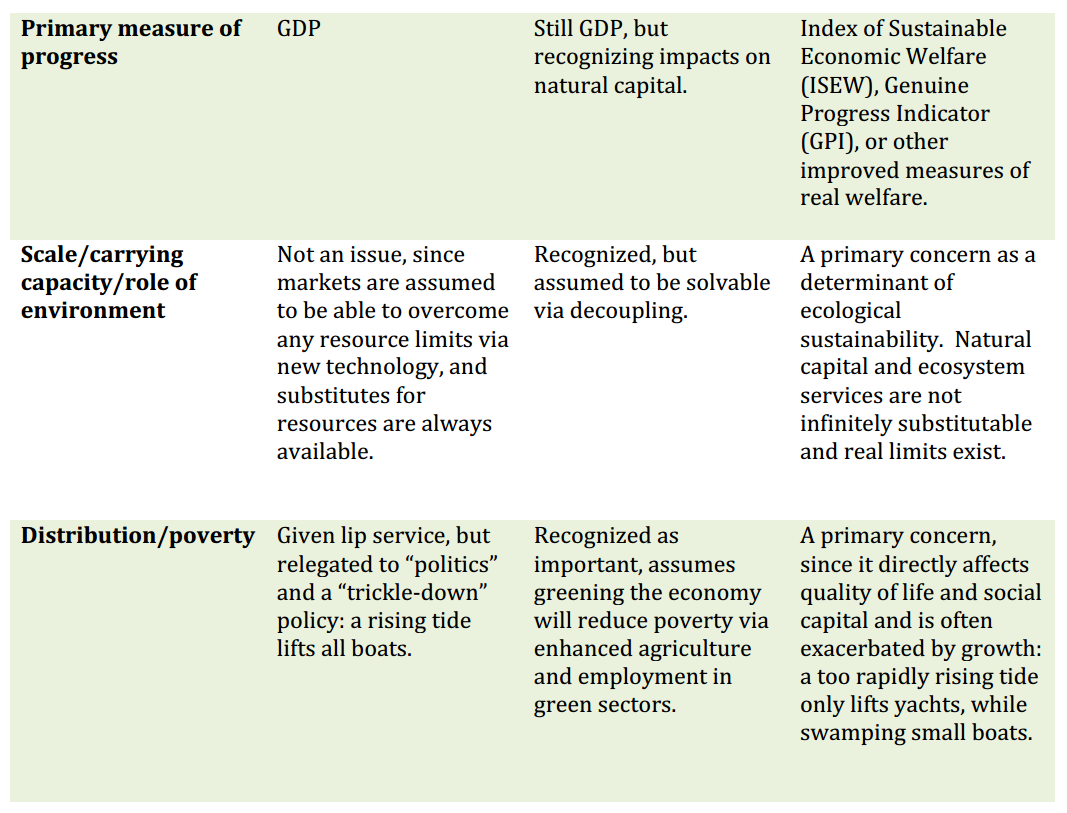 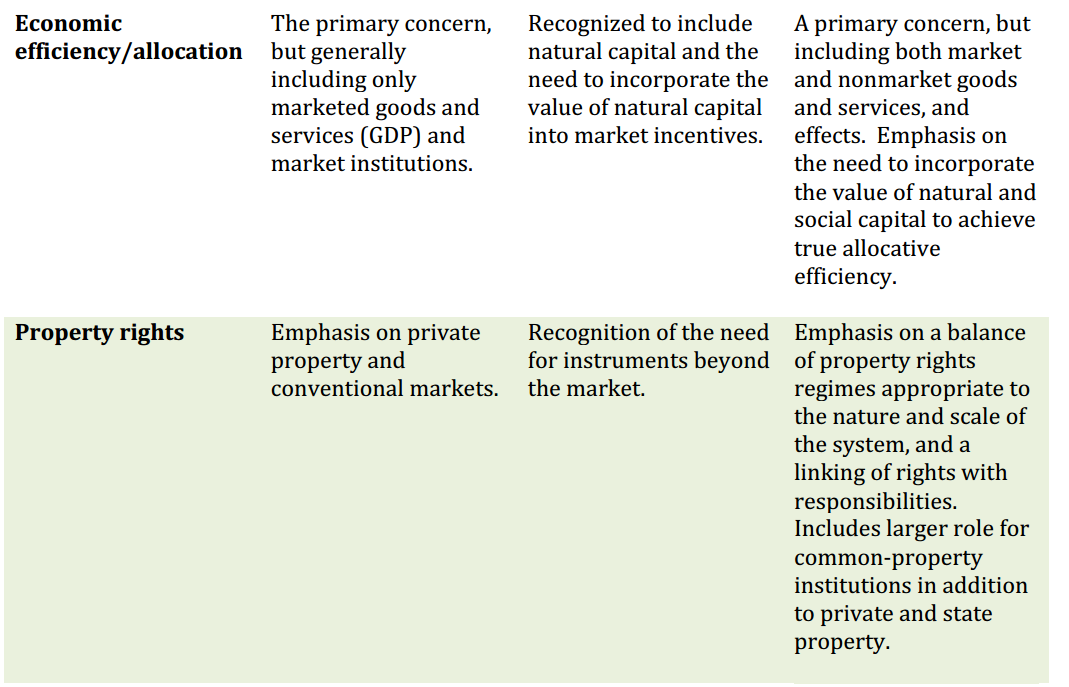 This is the theoretical background for Naomi Klein's work, to which I'll turn in the next post.
Posted by Mad Hun at 21:32 No comments: